Photojournalism in the Nation's Capital

I happen to be a fan of going in DC but not as early in the morning as I did last weekend just to, what I thought, was just a bunch of photo experts judging boring pictures. As a broadcast major, I really didn't know much about taking pictures or how to take one properly. I thought it was just click, point and shoot. After going and seeing the WHNPA judging at the National Geographic Society, I now see how much is involved in not only taking a quality picture but judging them. 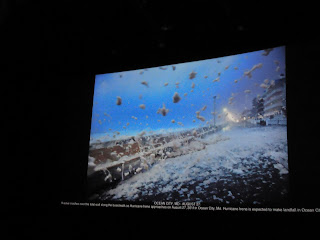 The second and category that Josh and I observed were the "Politics" and "Portraits". I found the political photos a little bit on the boring side and the judges seemed to agree with me. Most of them couldn't find one that was a strong candidate for the top photo. One of the judges mentioned how they lacked character that made a great photo. The one female judge in the room remarked "It's just not a strong photograph" to a picture of a woman being arrested. I couldn't seem to find a picture that I thought was interested though they had some funny candid political moments. 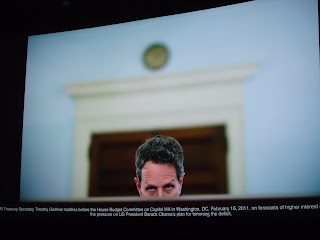 When it came to "Portraits", it was my favorite category by far. The pictures were of normal and everyday people. They had strong emotions in them and I found it hard to just choose one that I thought could be the top photo. The judges were less harsh judging these than they were judging the political photos. They looked for character and what the picture was trying to display. I personally thought that they had displayed a certain sense of emotion and character, regardless of what the subject was. The judges remarked how there could be character in these portraits but how there just was that special something missing that made them really stand out. My favorite absolutely took my breath away. Although you couldn't see the expression on his face, the sheer magnitude of the scene evoked emotions from not only me but many others in the room. 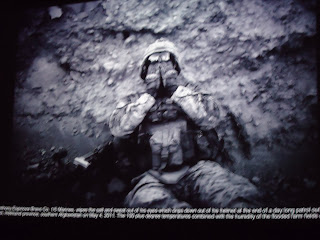 The guest judge, LA Times photographer and Pulitzer Prize winner Rick Loomis, was kind enough to allow Josh and I interview him after the judging had commenced. He explained what made a good photo and what was important when judging these photos. "A good photograph to me combines elements of light, composition and moment...You basically want your eye to move and dance around on that picture...[and] be absorbed by it". It was a day of learning and fantastic photojournalism.
Posted by Regina Ham at 8:00 PM