A Crash Course in Photojournalism

I'm not going to lie, the prospect of getting up at 8 a.m. on a Saturday to make the trek into D.C. just to see people judging photos didn't exactly excite me. As someone who's really only been exposed to the world of print journalism up until this point, I had no idea what it took for an image to be labeled as either 'good' or 'bad.' If nothing else, the WHNPA judging was an exercise in the ins and outs of quality (and not so quality) photography.

The dynamic duo of Regina and I got to the judging toward the end of the "pictorials" category. They were down to the top ten, and I picked out two favorites easily. One was a scene of a city during a snowstorm that looked too good to not have been photo-shopped in any way (something one of the judges questioned too). "This is over the top," one of the judges said, referring to its beauty and splendor. The second, and my favorite picture of the day, was of a low-flying helicopter, draped in fog and with the Washington Monument in the background. I was shocked that it didn't win (the snow photo ultimately won), but it definitely provided me with a prime example of 'good' photography. 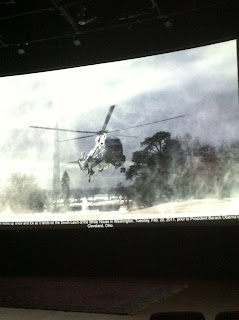 The second two categories I saw, politics and portraits, were kind of boring. Even the judges were left waiting for a strong picture to jump out at them, which didn't seem to ever happen. Their comments ranged from skeptical to downright mean. "If it wasn't for Barbara Boxer, I wouldn't care about this picture," said a judge about an image of a black and white shot of the senator sitting on a staircase with a light shining in her face. When trying to weed out images, one judge said this of a shot of a woman being arrested during a protest: "It's just not a strong photograph." Harsh. 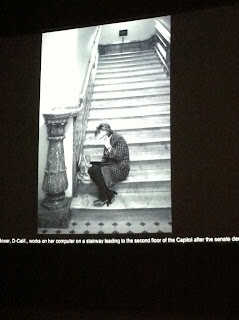 One of my favorite moments occurred during the portrait judging, when one judge said, "I see characters, but I don't see personality." That comment alone is enough motivation for me to try to instill all my pictures with personality (you guys can hold me to that). Even better was our mini interview/reverse interview with LA Times Pulitzer Prize-winning photojournalist and guest judge Rick Loomis. He finally provided me with a concrete definition of a 'good' photo that I will never forget: "A good photograph to me combines elements of light, composition and moment...You basically want your eye to move and dance around on that picture...[and] be absorbed by it."

Loomis's helpful tips, combined with the entire proceedings, gave me a photography itch. So when Regina and I stumbled upon two people praying in front of Planned Parenthood, we couldn't resist and had ourselves a mini photo shoot. Will see you more images from this perfectly unplanned moment on a future project? Only time will tell. 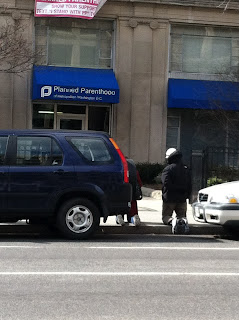 Posted by Joshua Axelrod at 1:01 AM