I went to the WHNPA judging on Sunday afternoon and had the opportunity to see the “Portfolio Photographer of the Year” and “Political Photo of the Year.” Being able to see this judging really bought new light to my perspective of photojournalism. Before the judging, I thought of photojournalism as nothing more than pointing and shooting a camera, maybe the ‘easy’ part of journalism in a way. I now realize how much more goes into taking these photos which is much more than most people think. Photojournalists need to not only be in the right place at the right time with their camera ready, but also they need to think creatively, trying to picture the final photo product in their head before it is even taken. To my un-professional eye, almost all of the photos I saw were really amazing. But the judges did not always feel the same. Something that really shocked me about the judging was how fast they went through the photos. Especially for the “Portfolio” judging, the photos were small thumbnails laid out with twelve on a page. The judges viewed each page for just a few seconds, and I honestly do not understand how they could gather all of what each photo had to offer in such a small amount of time. When I viewed the photos, I tried to notice where my eye went right away. I also noticed what the subject matter was for each photo and tried to gather the story or purpose the photographer was trying to get across to viewers. For the “Portfolio” judging, I loved how they grouped the photographs into a story. I thought that a lot of those photo stories could be used in a multimedia project, incorporating ambient sounds and narration. As I quickly tried to gather the story for each photograph or portfolio, I also noticed the small details that made or took away from the photo. For example, there was a close up photo of President Obama in the rain and he had a drop of water on his ear. Such a small detail, that was more of luck than anything else, helped make the photo what it was. I looked for depth and perspective within each photo, and also looked to see if the photo followed the rule of thirds or if the photographer was stuck in five foot six syndrome. Overall, I really enjoyed the experience and have a new respect for photojournalists and the tough job they have to do. 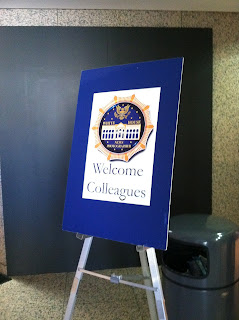 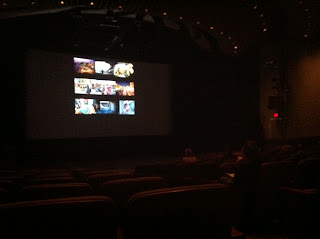