Mike Denison at the WHNPA

One thing that did not disappoint was the photography. I was almost immediately struck by the incredible photographs throughout the lobby, and since I arrived when the judges were on a rather lengthy lunch break, I had plenty of time to take a look. In particular, an exhibit on Yemenese child brides caught my eye. 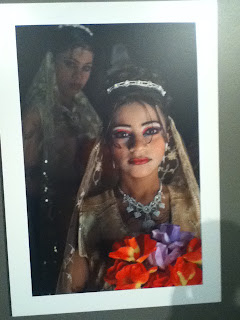 Unfortunately, the actual judging, when it finally got underway, was far from what I expected. I suspect the judges may have been worn out from all the judging they had done that weekend. The only category I saw judged, Political Photos, went by in a rush -- judges rejected or accepted photos for contention almost instantly. When they looked at the final 12, there was almost no critical discussion as to what made any photo better than another -- the decision to name a photo of Ron Paul the best political photo of the year was made with almost no deliberation. I thought there were plenty of other photos that deserved contention (there was a stunning photo of Marine One taking off in the rain where the helicopter was almost perfectly framed by mist, and another with President Obama standing in front of the presidential seal so that it looked like a halo), but I never really heard reasons why they were any worse than the Ron Paul picture. There was no fanfare to the announcement, nor the decision for Photographer of the Year, even though it came out of the first tiebreaker in the category's history. While I was impressed by the photographical skill, I didn't get any sort of sense as to what made a photo an award-winning photo as opposed to a pretty good one.

All in all I was rather disappointed by the WHNPA judging for the time I was there. I imagine that it was a more entertaining and educational experience on the first day (or earlier in the second day), but I can't really say that I took much away from my time there, aside from a huge amount of respect for the photographers who took the gorgeous photos in the lobby. 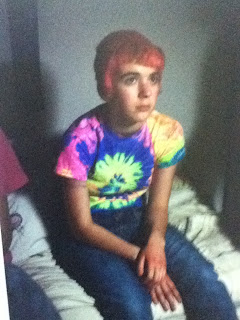 Another picture on display in the lobby when I arrived, and one I found particularly compelling.